Sorry for taking so long to blog, it is hard keeping up with this thing.  Spring is upon us in Gower.  I am an equinox seasons person, so spring in my opinion started on March 21st.  Which is a good thing, seeing as we have had an unseasonably cold March?  Finally on the Easter weekend we had some nice weather.  So I took the opportunity to walk down one of the best beaches in Gower and also one of the best kept secrets, Pwll Du.

Parking in Bishopston, South Gower here is a GPX map of the route I took.

EveryTrail – Find hiking trails in California and beyond

Heading from Bishopston I took Pwll Du Lane to Pwll Du head.  Pwll Du is Blackpool in Welsh by the way.  Once at Pwll Du head I took the rocky road into the bay itself.  This is a very rough road and probably not one for wheelchairs or pushchairs.  Bear in mind though that both picturesque white houses in the bay need to bring all their furniture and shopping in on this road.  As soon as you get to the first real bend in the track you find yourself at a vantage point to take in the whole bay.

It is an incredible view (probably one of the best in Gower) and the bay is quite unique due to its oversized pebble storm beach.  This is a relic from when the bay was used as a quarry and the storm beach is well over twice the size it should be naturally.

From this view point we followed the road down into and then behind the bay before stopping at the ford across the river.  There is no need to walk across this ford, if you follow the path there is a bridge over the river further on. 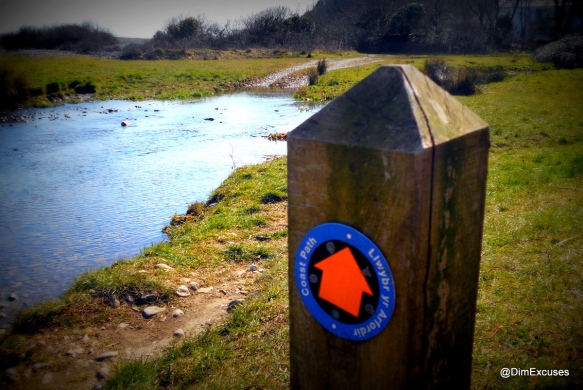 Once across the bridge, the path passes between the two white cottages in the middle of the bay.  This path leads to the furthest west corner of the pebble storm beach and allows you to get on the beach itself. 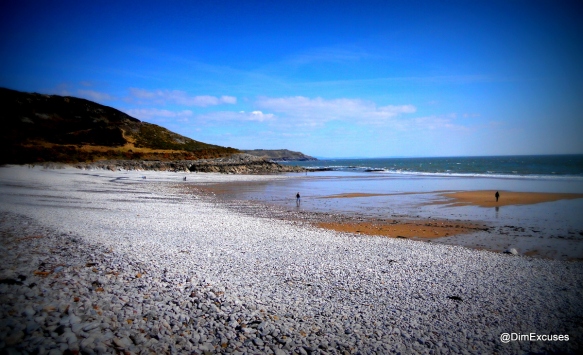 It is best to walk across the beach and cross the river in the east corner of the bay.  The way the river passes through the pebble storm beach varies with the seasons and the tide and sometimes can be a challenge to cross.  Once across the river there is a bit of a scramble over the rocks to get back to the cliff path.  You are then presented with the choice of walking a path back up to Pwll Du Head or walking the cliff path around to the next bay, Brandy Cove.  I chose the Brandy Cove route which was lined with a spring blossom of primroses.  From Brandy Cove there is a path back up to where I had parked in Bishopston. 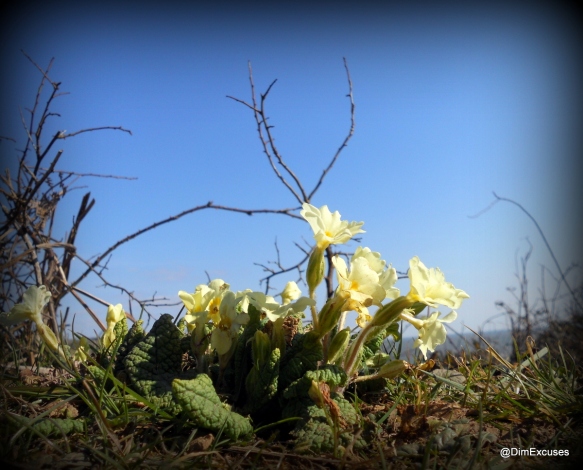 That completes my first Gower Spring Walk.  With spring brightening up I will be doing more walks, and with summer on the way you have dimexcuses to get out walking on Gower too! 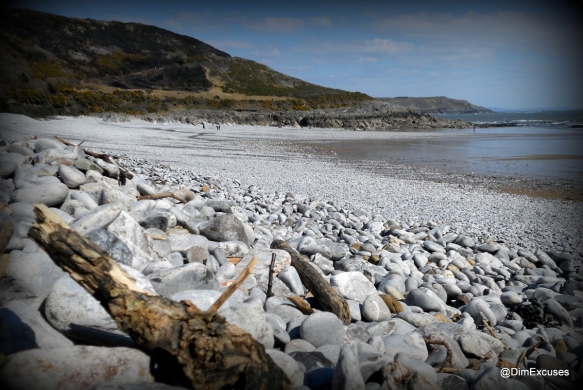