Me, Sharon and Molly are big fans of the Swansea Bay 10k. I even wrote a km by km guide to running the Swansea  Bay 10k that you can read here.  So I was quite excited to get down Swansea bay this Sunday (14/06/15) to see the second Swansea Half Marathon. 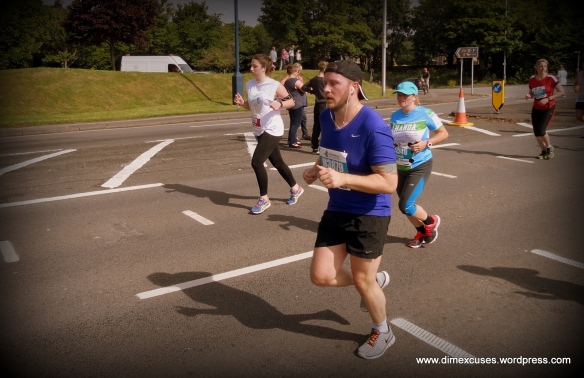 That is almost two 10K put together, 12 miles!  It takes in the whole of the Swansea Bay 10k route and a whole lot more. 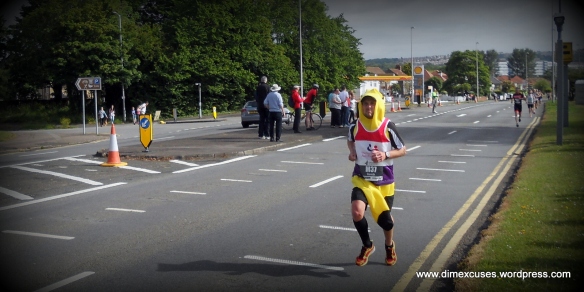 Molly, Sharon and I where at our usual spot under the speed camera on the Mumbles road on the way down and running over to the Blackpill bridge to catch the runners on the way back. 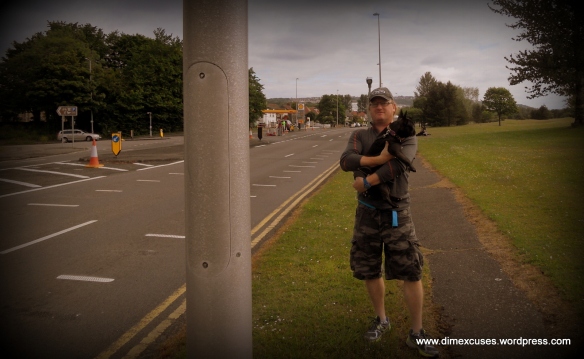 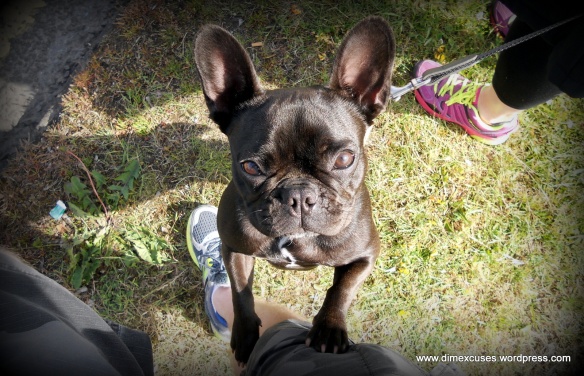 Even though this was the Swansea Half Marathon there were lots of familiar faces from the blogs above and some new faces. Anwen Davies and the Superman T-Shirts team seemed in good spirits! There was a definite superhero theme this year.

Swansea University’s Chris Marshall was also making the jump up to half marathon with ease too.

There was a crocodile…

..and Bananaman chasing the previous banana!

Morriston Actif Running Group were represented, you can just see them coming in to view here.

The actif runners hiding behind this orange runner, Rhys has been training them well.

Hold up a finger for every mile done so far ladies. 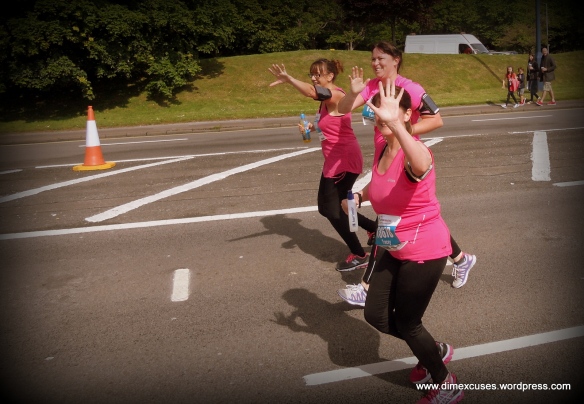 And there they go.

Swansea Bay 10k Legend Sandra Mitchell, infamous for falling asleep in a porter-loo for an hour during the Paris Marathon was managing to stay awake today.

Swansea Bay 10k pace-setter Mark Gosney was one of the first local runners back across Blackpill Bridge. 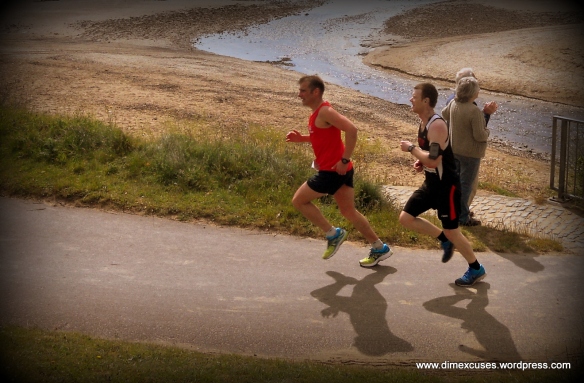 Andrew Wade, the Bishopston Boy now living in the USA, made a trip back across the pond to run in his hometown’s second half marathon.

Chris Jones was almost too fast for my camera, but I just got him. He is now probably sleeping the race off in his VW camper.

Anwen and the Superhero Tees weren’t far behind.

10k regular Chris Kent leads this pack across the bridge even though he has been struggling with injury. Eye of the Tiger stuff.

An epic battle was taking place between the crocodile and Bananaman for fancy dress supermacy at the Swansea Half Marathon. 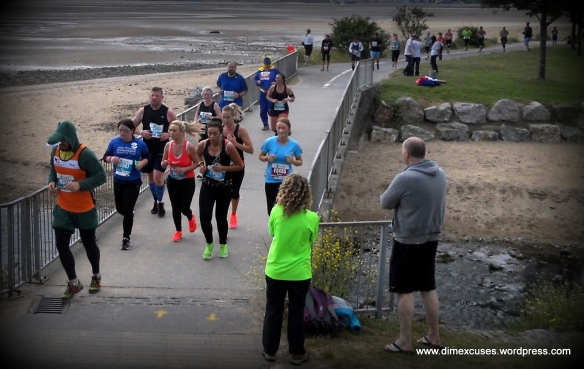 And there they go again. Spot the Boston Terrier.

A bird of prey was starting to circle over Sandra Mitchell and the back runners.

What a morning! The second Swansea Half Marathon was a massive success. Loads of runners, loads of spectators and a great atmosphere. Who is running it next year, DimExcuses?