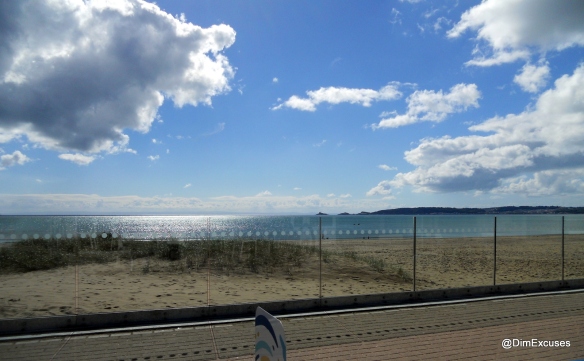 Right, how exactly was it decided that tomorrow is the start of Autumn?  It all began with this year’s enthusiastic seasonal rangers in Bryngarw Country Park, Helen & Robin, asking me if they could borrow a marquee for the park’s Autumn Fair tomorrow (Sunday 15th September).  If you would like to go to the fair details can be found on their facebook page.

Earlier in the year I talked about do the seasons start at the start of the month or on the equinox on the 21st?  The DimExcuses definition this year was decided as the equinox.  So I joked with the rangers that Autumn hasn’t officially started.  They replied that you can’t date a natural process!  Hmmm… …some research needed…

It turns out that meteorologists count the 1st of September as the start of Autumn.  Astronomers count the equinoxes as the start because this marks the exact quarter points of the year.  And finally today is fantastic summer day, and tomorrow is looking like a storm and gale force winds, the perfect natural transition.  Therefore we are all right and I officially declare tomorrow Sunday 15th September 2013 the start of DimExcuses Autumn.  So what to do with the last day of this glorious summer?  Get down Gower for the 29 mile Gower Bash bike ride?  I might leave that one for Ade and Paul, good luck guys!  No I decided to dust my bike off and ride down Clyne Valley and onto Swansea Promenade. 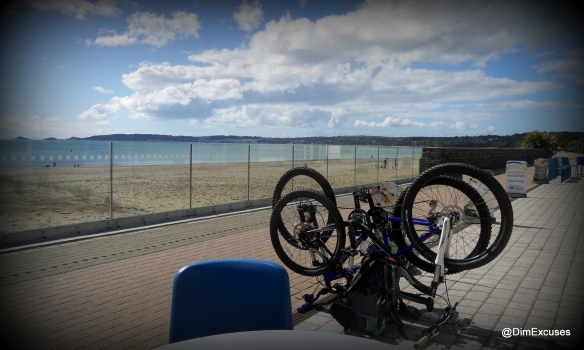 And what better to stop for a Latte than the 360 Watersport Centre?  It was absolutely glorious down there, it was like being on the Med!  What a great way to end the Summer, and I invented a whole upside down bike rack without a bike rack thing.  So what will you do with the first day of Autumn?  Why not get your waterproofs on and get down Bryngarw Park for their Autumn fair?  It is covered, I lent them a marquee.  DimExcuses.

There was an error retrieving images from Instagram. An attempt will be remade in a few minutes.