It has been miserable end to May, apparently caused by El Nino. Today was no exception, with a wet morning and a gusting hard onshore wind ensuring no one in wild west Wales was going to have a good day surfing. 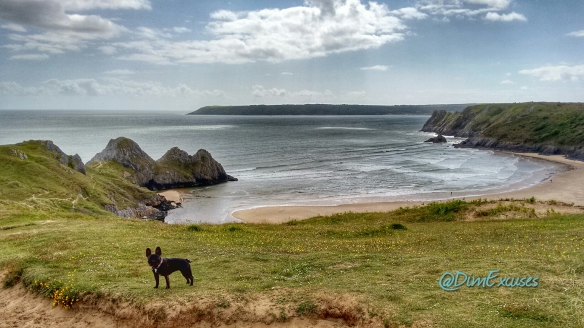 So Molly and I headed out to Gower for our usual loop of Three Cliffs Bay and Pobbles Bay.

There was quite a swell coming in and that wind was whipping it up, making the Gower coast look wild and rugged. 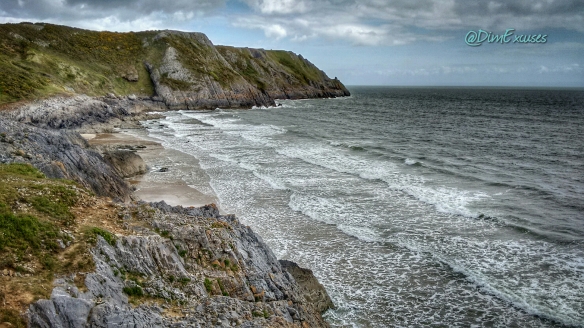 These pink flowers were bravely blooming on the cliff edge contrasting with the barren limestone. Just like the primeroses in April, the bulbells are now starting to wilt away, leaving these pink blooms to take the spotlight.

Molly was less interested in the flowers or surf, finding some smells to investigate. It was a case of talk to the bum because the face ain’t listening.

She was all over the cliffs like a mountain goat, surveying the incoming tide swelling Three Cliffs river and filling the valley.

It wasn’t long until this French Bulldog was distracted by a stick though.

Some nice photos but it wasn’t as nice as it looked. That gusty wind was cold and annoying. My hat blew off twice. But you have to make the most of a bad day and get out and about, DimExcuses.